What is the first thing that comes to your mind when I say AMUL? Do you imagine the little girl wearing a white and red polka dot dress?

Or do you instantly start singing AMUL the taste of India? A few of you might recall the popular AMUL ad featuring Smita Patil… ‘Sapne hogye hai sakaar’ … I’m sure you can recite the rest. You see, there are very few brands with as high recall value as AMUL.

Each generation has grown up eating AMUL products. We all hold a special memory of the diary brand. The 90s kid were obsessed with AMUL butter, AMUL cheese and AMUL ice-cream. I think we all still are. The diet-conscious millennials are more into AMUL dark chocolate and instant drinks like AMUL Kool milk.

AMUL is a part of our everyday lives. Be it the AMUL ghee that mom forces us to eat or the AMUL lassi that is a lifesaver in summer. The taste of AMUL mozzarella cheese can transform even a simple roti into a pizza from Italy. And what about a dollop of AMUL fresh cream on that dal makhani? One word … Divine. AMUL’s tagline ‘the taste of India’ truly stands the test of time and generations.

There is no doubt that AMUL products are yummy and let’s face it we are all addicted. But do you know what’s more fascinating? AMUL’s history.

AMUL – A Fight Against Injustice

Now many of us wonder, what does AMUL stand for. Is it a short form of something? It is an acronym? Well, yes. The full form of AMUL is Anand Milk Utpadak Ltd. The term ‘AMUL’ is derived from a Sanskrit word Amulya, which means precious or priceless.

The history of AMUL is intertwined with the Indian freedom fight. During the British Raj, a company named Polson had monopoly in the Indian dairy sector. It controlled milk collection from Anand and its distribution in Mumbai.

However, Polson did nothing for the upliftment of the Indian farmers. Tired of the injustice, the farmers of Kaira approached Sardar Vallabhbhai Patel. He then suggested forming a co-operative and selling milk directly to the Bombay Milk Scheme. The idea was to eliminate middlemen like Polson. This led to the formation of AMUL in 1946 under the Kaira District Co-operative Milk Producers Union. Local farmer leader Tribhuvandas K Patel was appointed as the leader of the co-operative.

A key member in the success of AMUL is Dr Verghese Kurien. He is also known as the father of white revolution in India. He helped set up AMUL at Anand and then went on to replicate the Anand model across the country. 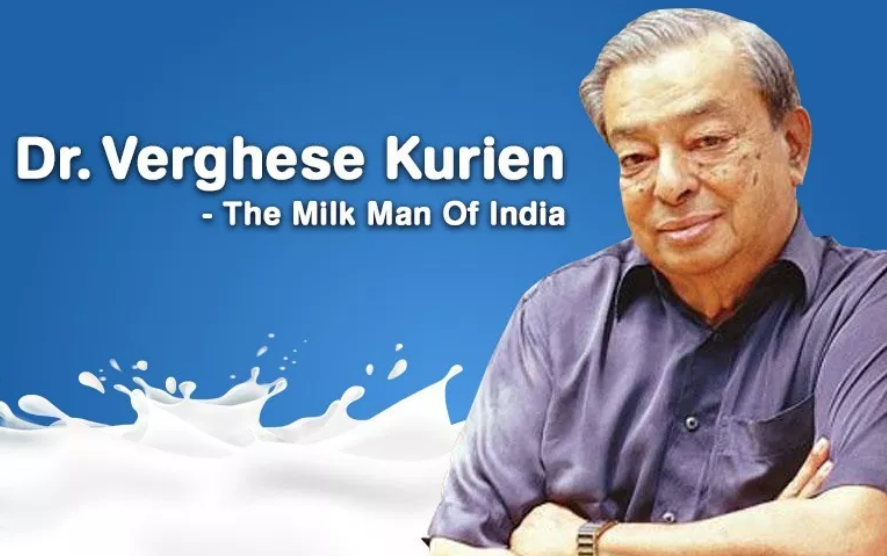 Following its success, five other unions were set up. This meant five different marketing efforts and costs. To save up on the marketing and advertising costs, an apex advertisement body was formed in 1973– The Gujarat Co-Operative Milk Marketing Federation Ltd (GCMMF). The brand AMUL was then transferred from Kaira Union to GCMMF.

Today, GCMMF is the largest food marketing organisation in India. AMUL was started by a handful of farmers in Gujarat. Today, AMUL has more than 3.1 million farmers as its partners. Yes, you read that right. The farmers which supply milk to AMUL are not its employees. They are its partners. They are owners of AMUL.

You will be surprised to know that for every one rupee that AMUL makes, it pays 80 paise back to its farmers…its partners and owners. This is something that sets AMUL apart from its competitors. Another commendable thing about AMUL is its innovation. AMUL has a unique ability to adapt to changing tastes of the country.

AMUL Chocolates – A Stroke of Brilliance

A classic example of this is the AMUL chocolates. When we think of Chocolates, we immediately think of Dairy Milk or KitKat or 5-star (Ramesh-Suresh, anyone? ). But did you know that AMUL has been making chocolates since 1970s. However, Cadbury or Nestle dominated the chocolates market. But then AMUL had a stroke of genius… Why are chocolates only sweet? Why not create chocolates for the health conscious or the diabetic? This led to the creation of AMUL dark chocolates, which is taking the chocolate industry by the storm. AMUL chocolates now controls 10% of the market share in India. And they are growing at a rapid pace.

Here’s a look at the various variety of AMUL products –

Now all this got me thinking about something…

Yes, Hindustan Unilever Ltd or Marico Ltd are not the biggest FMCG companies in India… It is AMUL. On that note, here’s a list of the best FMCG stocks to buy in India today.

Coming back to AMUL, the company reported an annual sales turnover of Rs 39,248 crores in 2021. Just take a look at the below chart. AMUL is leaps above Nestle India Ltd. or Britannia Industries Ltd or Dabur India Ltd.

Then why on earth is AMUL not listed? Why doesn’t AMUL come up with an IPO? Think about it… Paytm just came out with one of the biggest IPOs in Indian history. This is while the company hasn’t posted a single rupee in profits yet. And here is a company with an annual sales turnover 10 times its peers. And yet is it elusive to the Indian consumers.

Here is an interesting video I made on AMUL IPO – the elusive Indian Dream.

Investment gurus often tell us to invest within our circle of competence. If you live and breathe bikes, you are the best person to evaluate the two-wheeler sector. If you are an IT professional, then you are the best person to study and evaluate the IT sector. Similarly, we are all consumers of AMUL products – AMUL cheese, AMUL chocolates, AMUL milk. But we cannot invest in AMUL…yet.

I believe that the day AMUL IPO comes up, the Indian markets would go crazy. Imagine a company with actual profits and not just profit bar charts made on an excel sheet! I know, AMUL IPO is a far-fetched dream. But hey, isn’t stock market and India, the place where magic can happen?

Let us know of your views on the AMUL IPO. Is it really a crazy idea or am I onto something? #AMUL #AMULIPO