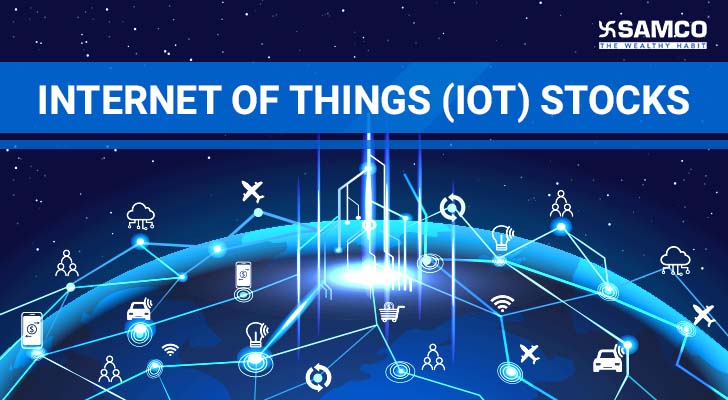 The Internet of things or IoT is getting popular day by day. More and more people are talking about it. Moreover, many companies are using IoT to perform tasks efficiently. So, the question we all have today is, what is IoT? How does it work? And most importantly, which are the IoT stocks in India?

Before we start with the article, I want you to imagine this scenario…You are heading to your workplace and suddenly you see a pop up on your smartphone from the car manufacturing company specifying that the car is running out of petrol. It also has a navigation link to a nearby petrol pump to get a refill.

I’m sure you might be wondering, how does the car manufacturer know what’s happening with your car? Well, this is the magic of IoT.

Today let’s understand everything about IoTs. Later in the article, we will also cover a few IoT stocks listed on the Indian stock exchanges.

Internet of things or IoT refers to billions of physical devices or machines that are connected to the internet. These devices have the ability to transfer data among one another with no human intervention using just an internet connection. So, if you can adjust the temperature of any air conditioner with your smartphone or if your smartwatch is tracking your daily activities, then IoTs have already played a role in your life.

IoT is simply a network of connected devices. These devices have sensors attached to them. These sensors help one device communicate with the other and are present in every device we use these days. It can be your smartphone, coffee machines, washing machines, music system, TVs, smartwatches, barcodes, etc.

As these devices communicate with each other using sensors, this concept is called machine to machine communication.

How does IoT work?

Now the question is, where does the emitted data go? Just as we humans store information in our brains, the data collected by the devices is stored by IoT platforms. This platform segregates important data which can be used further and is shared with other connected devices.

Let’s take an example. Suppose there is a renowned TV manufacturing company in Delhi. They have started using IoTs to perform various tasks in the company. The machines they use to manufacture products have sensors attached to them. These sensors record and send data about how many TVs are being manufactured and other production specifics so that the manufacturer can identify issues before the product is dispatched.

Another sensor is attached to the dispatch belt which scans the barcode of each TV unit. So, the manufacturer gets to know where the product is being dispatched. They can easily do a survey to understand which town has the most demand. With the help of IoT, the manufacturer can also analyse when the retailer is running out of stock and accordingly dispatch more units of TV to them.

Moreover, with the sensors attached to the TV, the manufacturer gets to know about the working condition of the TV. If the company spots some defect, then the user will be quickly informed about the issue on their phone.

With the introduction of IoTs, machines have replaced humans. IoTs have the ability to perform tasks automatically and efficiently with no errors. So, humans can focus on tasks which require critical thinking. By doing so, the company does not even have to recruit many employees which will reduce the cost of the company.

IoT is a network of interconnected devices. So, nobody needs to update data about what is going on with a particular device. Smart devices automatically track details of an order. For example, when you order something from an online shopping website, you always get a notification that the product has reached a particular destination. This simply means that the barcode sticker on the parcel is scanned whenever the parcel reaches a destination. This barcode has all the information about the parcel. So no human entry is required to track the status of the parcel. IoTs automatically track data and provide real time information to you through your smartphone. 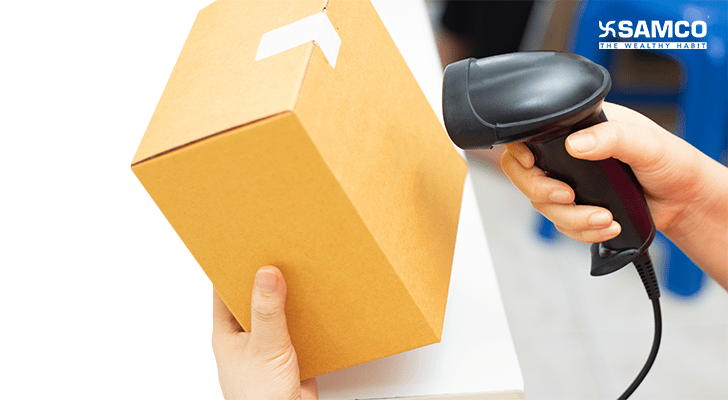 4. Companies can innovate and offer better services to their customers

With the help of this advanced IoT technology, companies can embed sensors in most of the devices and transform a normal functioning device into a smart device. Just as previously we used to use a normal refrigerator but with changing times and advanced technology we now have a smart refrigerator which can be connected with the internet and has a touch screen interface.

So, companies can now innovate and incorporate such advanced technologies in most of the products and generate higher revenues from it.

Siemens Ltd. is a German conglomerate technology company. It focuses on offering integrated solutions for industrial applications to manufacturing companies. The company has recently launched its IoT platform named Coaty. This IoT establishes communication between different machines. Coaty does multiple tasks with no human intervention.

The devices connected with coaty know where they are and where they are heading. They also make arrangements with other devices and allot which task will be performed by which device automatically.

Let’s take a look at some key financial ratios of Siemens Ltd.

Wipro has backed an IoT company named Altizon Systems. The company develops IoT based solutions for their clients. It has over 100 enterprise users and hence they are known as one of the leading IoT solution providers in India.

Altizon Systems has developed an IoT platform – Datonis. It is a cloud-based IoT platform that connects various devices and allows them to exchange information easily.

Let’s take a look at a few key financial ratios for Wipro Ltd.

The Whirlpool Corporation is an American multinational company and is a leading manufacturer of home appliances such as refrigerators, washing machines, air conditioners, microwave ovens, etc.

The company has been in the industry for over 110 years and has now decided to make significant upgrades with the use of software, sensors and analytics.

Later in 2018, Whirlpool came up with another IoT based device – SmartBeer. Using the app, you could check the stock of beer from anywhere and also place orders for more beers from the app itself. The app also has a facility to set the temperature of the beer according to your need from anywhere with the help of the application.

Let’s take a look at key financial ratios of Whirlpool Of India Ltd.

Bosch Ltd is a leading supplier of technology and services in the areas of mobility solutions, industrial technology, consumer goods, and energy and building technology. It generates 59% revenues from its mobility business, 29% from customer goods and 15% from energy, packaging and other businesses. The company is almost debt free and 70% holdings is held by promoters.

Bosch Ltd. has a IoT software named Bosch IoT suite. It is a core software platform for IoT solutions and it connects more than 10 million devices such as vehicles, sensors in urban and agricultural applications or gateways in buildings.

Johnson Controls Hitachi is another company which manufactures air conditioners. It recently launched its IoT application named airCloud Pro device which can help you set temperature from anywhere remotely.

AirCloud connect all the smart devices, collects data and accordingly adjusts temperature on its own.

Havells India Limited is a leading Fast Moving Electrical Goods (FMEG) company not only in India but across the world. The company has a IoT software named APFC panels. APFC stands for automatic power correction system. It is a tool which can be used in low voltage applications.

In the western countries, IoTs have already gained momentum. Digital assistants we use such as Amazon’s Alexa, Google Assistant or Apple’s Siri are already a part of the IoT world. Similarly, many companies are trying to inculcate the use of IoT and transform a normal device into a smart device. So, it’s safe to say that IoT is going to be the next big thing in the IT space.

If you wish to take advantage of this new emerging trend, then all you need to do is invest in IoT stocks. To know which stock is worth investing, simply visit Samco’s star ratings page and check the ratings of IoT stocks listed in India.

To start investing in the best IoT stock, simply open a Demat account with Samco and get access to a world-class trading platform at your fingertips