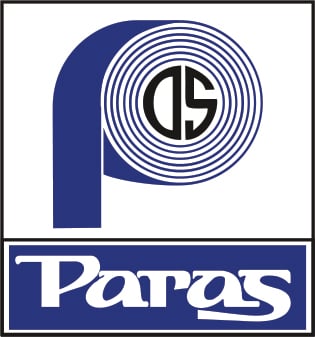 The secondary markets have been scaling new heights each week and the primary markets don’t want to be left behind. Another IPO will be hitting the markets this week. Paras Defence and Space Technologies Ltd (Paras Defence) is coming out with an IPO with an issue size of Rs. 171 crores which comprises of a fresh issue of Rs. 141 crores and an offer for sale of Rs. 30 crores.

Objects of the Issue

The proceeds of the fresh issue are expected to be utilized towards:

Ø  Purchase of machinery and equipment worth Rs. 35 crores in FY22

Ø  Repayment or prepayment of all or a portion of certain liabilities up to Rs. 12 crores in FY22

Paras Defence stands out as the only Indian company with the design capability for space optics and optomechanical assemblies. It is also one of the few companies with specialized technology capabilities such as manufacturing EMP protection and is expected to be an integral stakeholder in a majority of future sourcing of defence & space optics and EMP protection solutions. Moreover, with the government’s Atmanirbhar Bharat and Make in India initiatives the firm is well poised to benefit. Thus, on paper, the company looks decent. However, a slightly different picture comes forth when the financials are considered.

On the upside, Debt-to-Equity (D/E) has been on a downtrend despite the company taking on additional debt. It appears that the net worth has expanded at a faster pace than debt. The D/E ratio dropped to 0.62x in FY21 after briefly rising to 0.75x in FY20 from 0.71x in FY19. The cash generated from operations also showed a drastic improvement and turned positive in FY21 for the first time in three years. Expectedly, cash and cash equivalents reported on the balance sheet improved to Rs. 4.68 crores in FY21 from Rs. 0.18 crores in FY19.

The company has an order book of just over Rs. 300 crores, but a significant portion of revenue is derived from a limited number of customers. Loss of any major contract may materially affect financials. Moreover, the order book seems to be inclined towards government orders and timely cash recovery could be a challenge depending on their budget allocation towards Defence. However, the management did indicate that they expect to reduce dependence on government orders by increased contribution from space optics which includes in-house manufacture of drones & space cameras.

While Paras Defence has a good presence in the space it operates, the financials are a tad bit worrisome. A continued dip in revenue going forward could hamper timely repayment of liabilities and interest. Concentration of government orders in its books also makes revenues susceptible to fluctuations in the budget allotted for defence and other government entities it caters to. Nevertheless, with the Atmanirbhar Bharat and Make in India initiatives, the tide has changed in its favor. It also plans to reduce dependence on government orders over the next few years.

With no listed competitor and limitations in relevant financial information of unlisted peers, it is not possible to make a fair assessment of its valuation on a comparative basis. Nonetheless, considering its small IPO size, Paras Defence may not take long to get fully subscribed and has a high possibility to get over-subscribed. Thus, only investors with a healthy risk appetite are recommended to SUBSCRIBE to the IPO from a listing gains perspective only.