Home/Personal Finance/What is a Debt Trap and ways to get out of it? 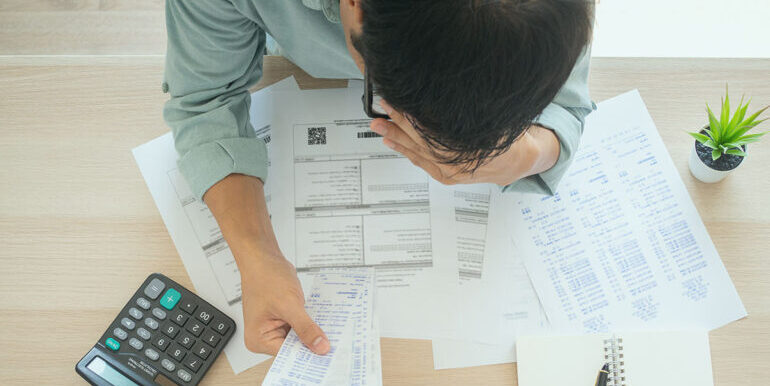 What is a Debt Trap?

It is a situation in which borrowing is difficult to repay, typically because huge interest costs generally prevent the settlement of the principal amount. In the most lucid language, a debt trap would mean getting under the burden of debt and not able to find solutions to get out of debt and become debt-free. No business has become a billionaire without the help of leverage. Leverage is not a bad thing, but if not planned very well, one could get into the trap.

Whenever a person borrows money, he has to repay the principal amount along with interest charged by the lender. Repayment of principal essentially reduces the burden of debt on the borrower. In the times of crisis, the borrowing rates go substantially high, and the borrower, more often than not, is just able to repay the interest. At the time of maturity, the borrower fails to accumulate enough funds to repay the principal amount of the loan. To avoid the default, the borrower would enter into another loan transaction with some other lender to borrow money for a short duration. This borrowed money has no further use other than the repayment of the first loan. Since the tenure of the new loan is lesser, interest rates would be substantially higher. This cycle carries on until the borrower finally finds himself in the debt trap.

To summarize, debt trap is when the borrower looks for short term loans to repay its long term loan obligations i.e. Taking a loan to repay another loan is a typical case of falling into a debt trap.

Job layoffs/loss, delay in salary credit, medical emergency etc. could be some reasons for falling into a debt trap. Such emergencies can force an individual to borrow without a plan, beyond repayment capacities and at higher interest rates and thus forced to fall into a debt trap. The major problem is that the individual is overburdened by the debt slowly and gradually as it goes unnoticed mostly.

Prevalent indicators to look for to avoid getting into a debt trap are higher EMIs and fixed expenses to the total income, excessive use of credit card for regular daily expenses, borrowing short term loan to finance another loan etc.

Another most important factor is the element of compound interest in the loan. Most of the lender offer loans based on compound interest calculation only. Compounding is considered as the 8th wonder of the world, but compounding can work against consumers who have loans and debts. For most longer duration loans, the borrower ends up paying more interest than the principal because of the effect of compounding. Borrowers should be cautious while entering into a loan agreement and understand the terms thoroughly beforehand.

Ways to get out of debt

To summarize, Individuals can avoid falling into a debt trap by following these simple steps;

The primary objective of leveraging is that the cost of leverage is less as well as it continues to boost the liquidity. The thought process is that the future income levels will pick up in months to come and thereby, help in repayment of these debt obligations. The only fundamental calculation that is required to be made is the repayment of debt. To avoid falling into a debt trap, an individual must have a budget in place to service the debt in the future.

The author has over 9 years+ experience in media, traditional and digital marketing. Chirag currently leads the Marketing function at Samco Group and overlook all marketing and communications for the Samco Group.