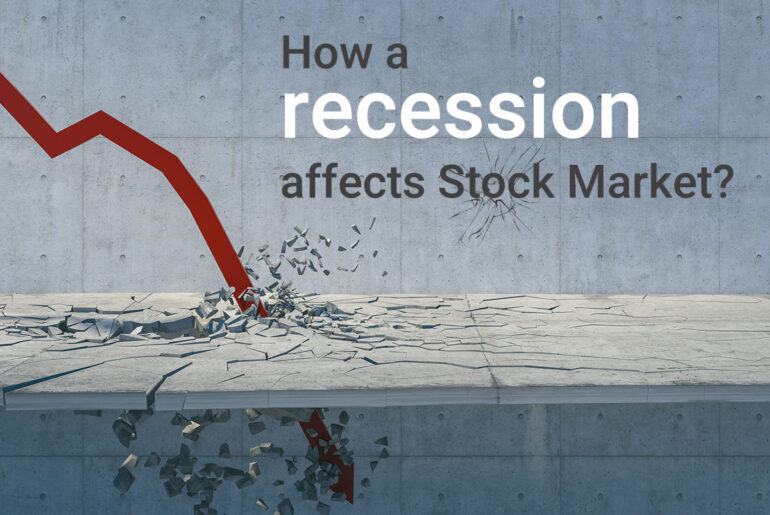 The last time there was a global recession was in the late 2000s. The scale and timing of that Great Recession, as it’s now known, varied from country to country. But on a global level, it was the worst financial crisis since the Great Depression. Now a decade on, some people are worried the next worldwide downturn may be around the corner.

What is a recession?

While there is no accepted definition of a recession. A technical recession is a decline of Gross Domestic Product, or GDP, for two consecutive quarters. That means the value of all the goods and services produced in a country went down for six months straight. But a recession can begin even earlier than that. Apart from GDP, there are four other areas also to GDP: real income, employment, manufacturing, and retail. If these economic indicators decline, it’s likely GDP will too. Now, a recession is not the same as stagnation, that’s simply a period of low or zero growth. Nor is it depression, which is a more severe decline that lasts several years. Between 1960 and 2007, there were 122 recessions in 21 advanced economies. This may sound like a lot, but those economies were really only in recession for around 10% of the time.Each recession is unique, but they often share several characteristics. Recessions usually last about a year, and a country’s GDP typically falls around 2%, although in some severe cases, that decline can hit 5%. Investments, imports, and industrial production normally drop, and financial markets frequently face turmoil. All this can have a very negative impact on a country’s population. Many people lose their jobs and if they can’t afford their mortgages, they lose their homes and house prices drop. They also have less money to spend in shops and restaurants. That means businesses make less money, and many go bankrupt.

Ways to spot a recession before it hits:

Some economists focus on the number of people employed in the manufacturing sector. In the world of manufacturing, orders are often booked months in advance. When a factory or company get fewer orders, they will stop hiring new workers and potentially lay off some existing workers too. This is a good sign other parts of the economy will slow as well. Other experts examine the government bond market, to see how willing investors are to lend money to governments over a long period of time. When investors are concerned the economy might be slowing down, they often sell their shares in public companies. And instead, loan their money to governments by buying bonds. That is because bonds are usually seen as a less risky investment.

A healthy economy has a lot of money flowing through it. Company owners are putting their money into their business and hiring more people. Consumers are spending money on their products and services. But if businesses and consumers stop spending that money, less money flows through the economy and growth begins to slow. A few factors can block that flow of money. One of those is high-interest rates. When rates are high, people get more money for putting their savings in a bank account, but they also end up having to shell out more to get a loan. This can encourage people and businesses to save more and borrow less, causing their spending to fall. Consumer confidence is a way to measure people’s psychological approach to money. Low levels of consumer spending mean people are worried about the economy. That can cause them once again to hold on to their money, rather than invest or spend it. A stock market crash, for example, is one of the most sure-fire ways to shake up consumer confidence across the board. But inflation may be the biggest factor as it causes the prices of goods and services to increase.

And an economic slump that starts in one country can spread beyond its borders, creating a domino effect.Let’s explore an example, the 1997 financial crisis in East & Southeast Asia. It began in Thailand when the value of the country’s currency, the Thai Baht, collapsed. Investors had lost confidence in the country, and that lack of confidence contaminated the rest of the region. Other Asian currencies like the Malaysian ringgit and Indonesian rupiah began to lose value too and soon. Investors around the world had become reluctant to lend money to any developing country. More recently, the trade war between the U.S. and China has also affected many other parts of the world. These two economic superpowers produce and sell about 40% of all global output. Economist are worried about the knock-on effects from their continued conflict. This could create the next major international recession.

The following are examples of Indian stock market crashes and some of the contributing economic factors:

The market crash of 1992: Year 1992 is known as the largest fall in Indian history in terms of percentage due to the Harshad Mehta scam. The benchmark BSE Indices saw a drop of 12.77%. For all those who are unaware about Harshad Mehta, he was a StockBroker. Mainly remembered for manipulating the stock markets and the securities scam.The market crash of 2004: This is considered to be another major crash in the Indian stock market as the benchmark BSE Indices fell by 842 points. The market regulator Securities and Exchange Board of India (SEBI) found out that the crash. The crash was caused due to foreign institutional investors (FII) UBS. UBS was one of the largest sellers of shares in 2004. According to an India Today report, the firm had carried out large scale selling orders on behalf of unidentified clients.The market crash of 2007: The Year 2007 and 2008 are considered as one of the worst years for Indian equity markets. While the initial slump started off from April 2 its effect continued till early 2009. Following which the markets registered a recovery. Throughout the whole year, the Indian stock market was hit by a series of crashes, with regular dips of over 700 points.The market crash 2008: The year 2008 is known as the year of the Great Recession. While India was not affected significantly, the global climate was enough to pull down India’s stock market indices. The benchmark BSE Indices fell 1408 points on January 21 and led to one of the largest falls in investor wealth. It has been referred to as Black Monday by the media.The market crash of 2015,2016: The BSE Indices slumped 854 points on January 6, 2015 and 1624 points on August 24, 2015. This was because of a slowdown in Chinese markets due to which there was rapid selling of stocks in both China and India. By February 2016, the benchmark BSE Indices had shed over 1600 points in four consecutive sessions. One of the biggest reasons that triggered the dip was rising NPAs within India’s banking system and many other global weaknesses.While the warning signs are there for another global recession. Geopolitical tensions and deglobalization make it even more difficult to predict the future. But one thing is for sure, we are living in a new age of uncertainty.

Share this article
Tagged: What is a RecessionRecession impacts on Stock Market

The author has over 9 years+ experience in media, traditional and digital marketing. Chirag currently leads the Marketing function at Samco Group and overlook all marketing and communications for the Samco Group.