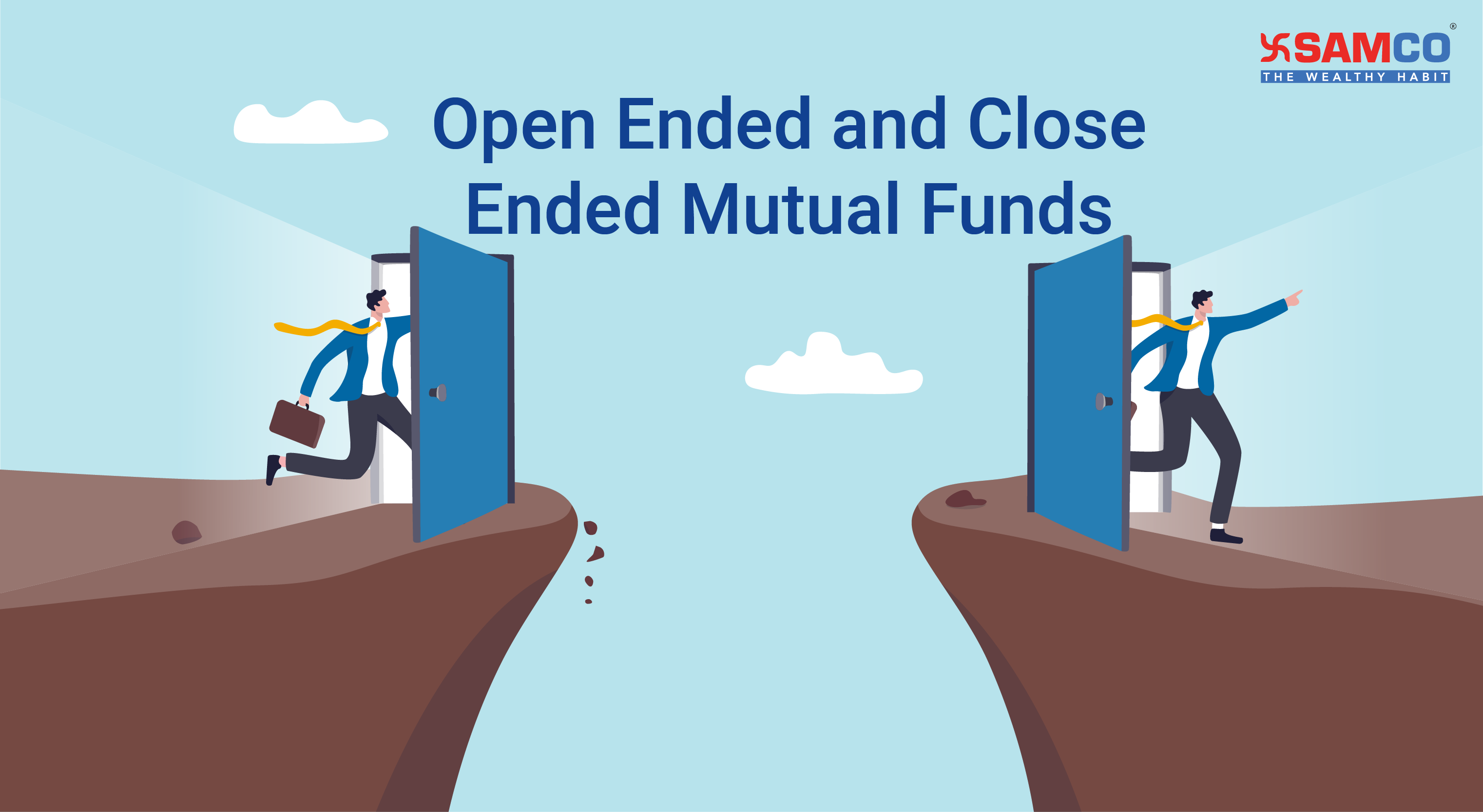 2. Buying and selling of units

Under open-ended mutual funds, the number of shares outstanding keeps changing all the time because of continuous selling and repurchasing of units by the fund house according to the request from the investors. After completion of New fund offer (NFO) which is like an IPO in the stock market where investors can subscribe to the issue for the first time, units of close-ended funds are traded on exchanges. In this manner, buying and selling units of closed-ended funds are almost the same as buying and selling stocks.

In case of open ended and close ended mutual funds, it becomes necessary for the fund manager to maintain liquidity and these assets may sometimes earn sub-optimal returns. It may compress the return of the fund. The redemption pressure can sometimes get critical at the time of extreme market turbulence. One of the advantages of the closed-ended fund is that the fund manager can take a long term view by investing in an asset that can generate good returns over the long term because they do not have redemption pressure in terms of market sell-off.

Open-ended fund units are highly liquid and can be bought and sold anytime subject to exit load. Closed-ended fund come with a lock-in period and units can be redeemed only after that period making it illiquid.

Open-ended funds are required to sell or repurchase the units anytime at the request of the investor because of the frequent transactions. The unit capital of fund doesn’t stay same. In case of closed-ended funds, unit capital of fund stays the same after the completion of the NFO because number of the total outstanding units will remain the same irrespective of trading of those units on exchanges.

The price at which an investor buys or sells shares of an open end mutual fund is the NAV which is declared by the AMC at the closure of business day at 8 p.m. In case of closed-ended funds, the units may trade at a premium or discount to the NAV depending on the investors’ expectations of the fund’s future performance and prospects. For example, if many investors are willing to buy shares of a close ended fund and only a few units are available for sale, then an investor may be able to sell his units at a premium to the prevailing NAV.

Analysis of Performance in both schemes:

We have compared the best performing open ended and close ended funds as per the data of last 5 years.

This covers the topic of open ended and close ended mutual funds with their comparison, benefits and performance. For more details about mutual funds, investment and market trading go to our investor education section or visit RankMF.com.

(Note: This content is for information purpose only. Avoid trading and investing based on the information given above. Before investing in stocks or mutual funds, please conduct proper due diligence).